JoJo Strips Down And Flaunts Her Tits In Concert

It has been 12 years since a then 13-year-old JoJo burst on to the pop music scene with her hit song “Leave”. Since that time a lot has changed in pop, but one thing that has remained the same is that JoJo hasn’t had another successful single and is now completely irrelevant.

As you can see in the video above, in an effort to combat her utterly meaningless existence JoJo has updated her stage show to feature a sequence were she strips down to her bra and flaunts her bulbous boobs to the crowd. While the prospect of JoJo stripping on stage may have been enticing 12 years ago certainly it is not anymore, as seeing her doughy old lady midsection and sloppy tits only serve to offend the pious Muslim aesthetic.

Unfortunately JoJo is not confining her desperate attention whoring to her concerts, but has branched out to Snapchat as well. For at the end of the video is a Snapchat JoJo posted of her breasts bouncing as she runs on a treadmill, and JoJo also recently snapped the photo below of her boobs nearly falling out of her top while attempting (and failing) to lay seductively in bed. 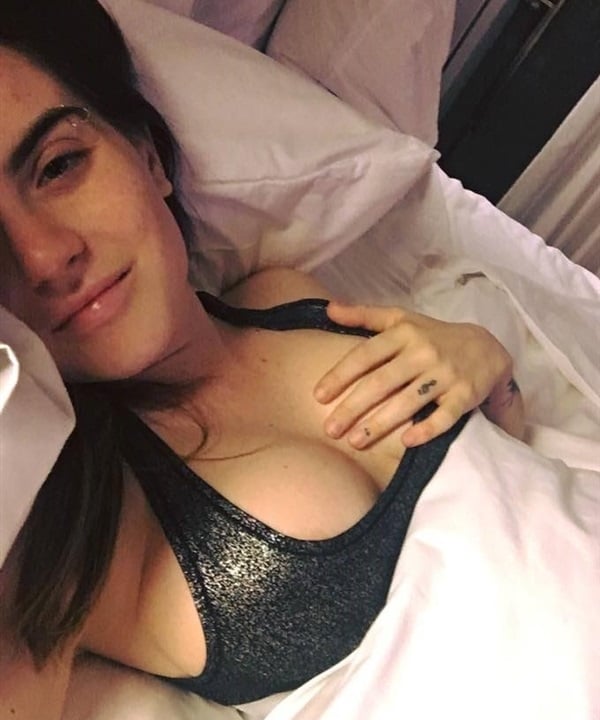