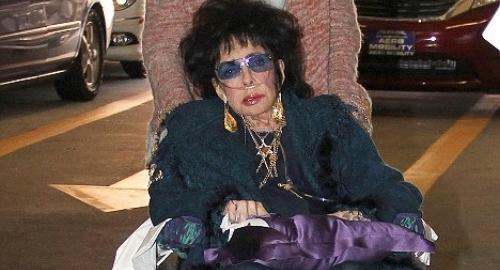 Actresses Elizabeth Taylor is dead at the age of 78.

Taylor who was best known for her role as the voice of Maggie Simpson in a 1992 episode of “The Simpsons”, passed away earlier today during a routine colonoscopy.

“She died with dignity”, said Elizabeth Taylor’s physician Dr Murray Goldstein. “In all my years of scoping the colons of the elderly, I’ve had a few drop dead, but none with as much grace or class as Elizabeth. I mean she excreted very little feces and her gas was surprisingly tolerable for a dead woman.”

Elizabeth Taylor is survived by her record setting 12 ex-husbands. Services will be held on Wednesday at the Beverly Hills Funeral Home And Ice Cream Shop, on the corner of Rodeo Dr and Wilshire Blvd in Los Angeles. The family asks that mourners send cash.