The video above features a first look at Chloe Grace Moretz’s lesbian sex scene from her new film “The Miseducation of Cameron Post”.

Chloe certainly made this lesbian sex scene look convincing, and since she is not that good of an actress it is safe to assume that this isn’t the first time that she has had her sin hole finger blasted in the backseat of a car by some cunt hungry lesbodyke. 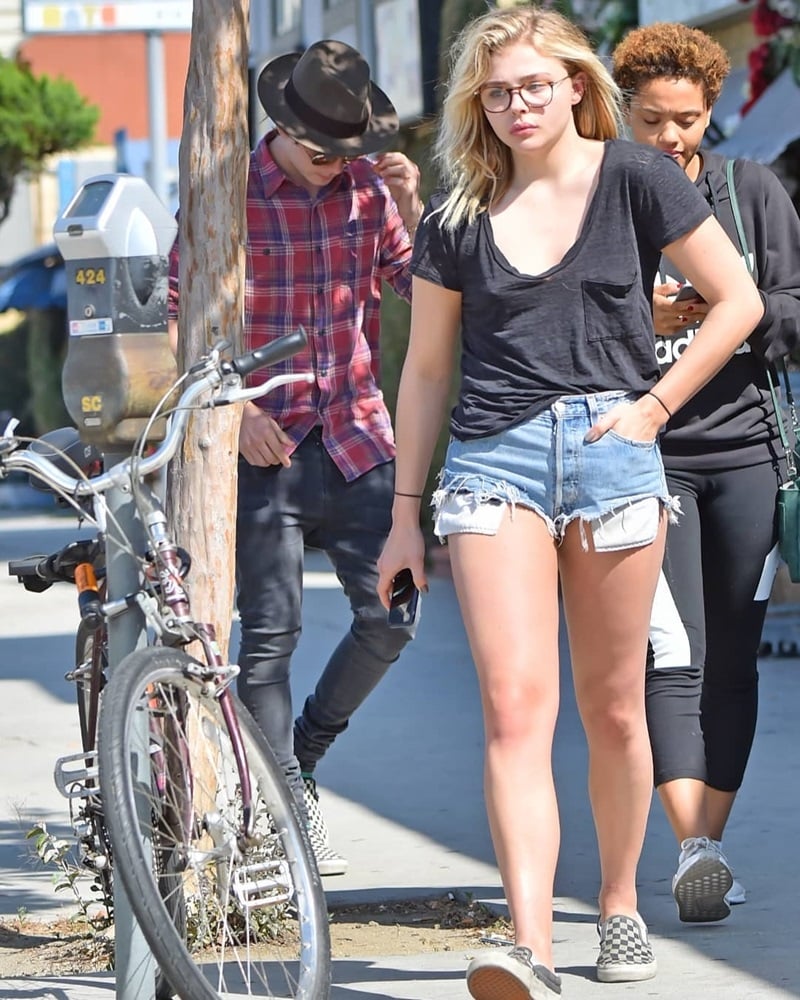 Of course seeing how rough Chloe looks as she parades around her small sloppy titties while braless in the photo above, makes it clear that she is a blasphemous man hating rug muncher. Although one can not really judge Chloe too harshly, for constantly being disappointed by the pathetically tiny limp dicks of the infidel men in heathen Hollywood would turn nearly any woman into a flaming lesbogay.