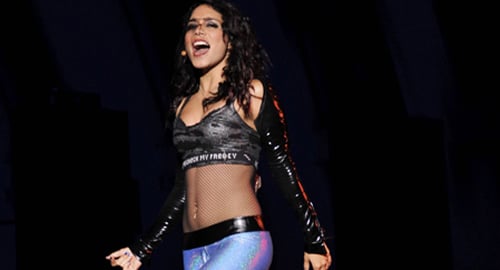 Vanessa Hudgens is at it again. No, she’s not doing drugs or taking naked photos of herself. This time, she’s starring in “Rent,” a musical that promotes the homosexual lifestyle and glorifies the HIV virus.

Although I have yet to see the play, I have been told by my cleric that involves a group of homosexual men who make “rent” money by purposefully spreading AIDS and HIV on behalf of Jewish owned pharmaceutical companies seeking to profit off the treatments.

Aside from the fact that singing and dancing is strictly forbidden by the Qur’an, Vanessa has hit a new low by willfully promoting the Zionist-sodomite agenda. Truth be told, this seems out of character, even for a wicked girl like her. I can’t help but wonder if her “boyfriend,” Zac Effron, put her up to this.