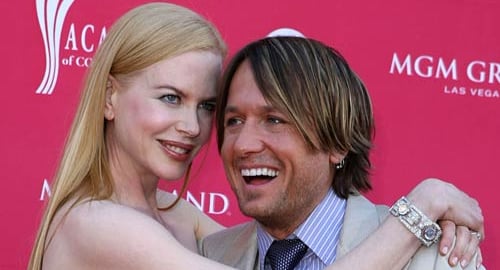 Only in a place as disgusting as Hollywood could a married couple having a baby still offend Allah.

Nicole Kidman and her husband Keith Urban have announced that they’re the “proud” new parents of a baby girl named Faith Margret. This all seems well and good, until you dig a little deeper and discover that the child was conceived by harnessing the evil power of science!

It seems the demonic child was born using a “surrogate,” who I assume was a healthy young Muslim girl abducted from her home by Mossad and forced to work as a breeder for the Hollywood elite. This disgusting process is becoming all to common, as once fertile actresses like Kidman pass their prime and become barren. Rather than spend their final years grinding wheat or weaving rugs as Allah intended, these women defy the natural order with the use of their evil Jew super science.

If the couple has any decency, they will at least raise the child to join the al-Aqsa Martyrs’ Brigade. But I suppose that’s too much to ask from a bunch of spoiled infidel celebrities.