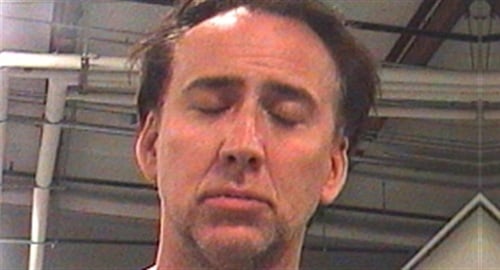 Actor Nicolas Cage was arrested this weekend for something called “domestic abuse”. After reading the police report I was shocked to find out that “domestic abuse” was simply Nic Cage exercising his Allah given right to straighten out his mouthy wife with a few body blows.

By arresting Nic Cage for beating his own wife the United States has committed yet another human rights violation. In accordance with the teachings of the Qur’an, a man’s wife is his property and he has an inherent right to control her however he sees fit.

It is now more clear than ever that the Zionist controlled American government has no respect for Allah’s laws, and will continue to persecute great men like Nicolas Cage who dare to exercise their rights. The American people must rise up against these tyrants, and let them know that they will no longer stand idly by while Big Brother tells them how they can and can not discipline their women.