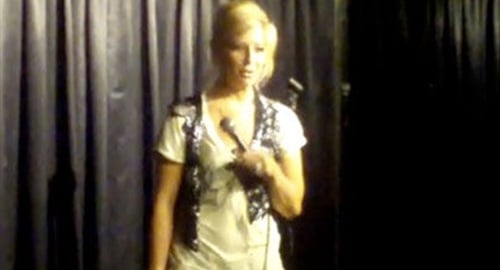 I don’t think I’m really going out on a limb here by saying this, but Heidi Montag is the most talented comedian of our generation.

She is so committed to her craft that she underwent over a dozen plastic surgery procedures to hilariously alter her appearance and become a walking punchline for all to enjoy.

Now Heidi’s sister Holly is trying to follow in her legendary comedy footsteps by taking to the stage and sharing her ingeniously moronic comic insights in her very own stand-up routine.

See for yourself in the video below of Holly’s performance at the Comedy Store. I think it is safe to say the Montag’s are now the new first family of comedy.