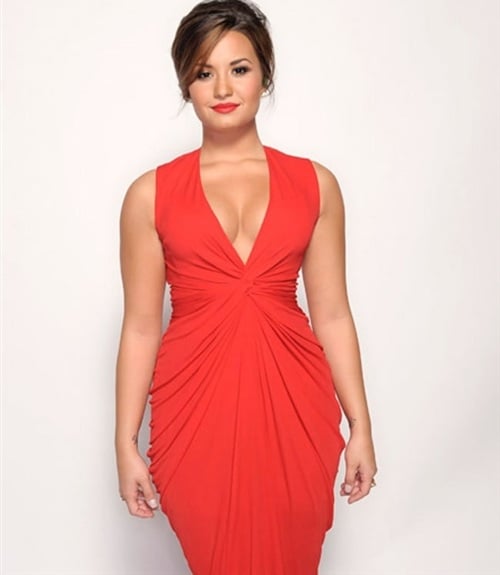 Disney star Demi Lovato continued her futile attempt to be sexy by showing off her new fake breasts in a tight red dress in the photo above. Unfortunately for Demi Lovato she is built like a house, and looks like a linebacker with tits in this photo.

If Demi Lovato is really serious about this “sexy” image she is going for, perhaps she should work on being less of a fat ass. Now I appreciate breeding hips as much as the next guy, but there is a difference between a sturdy woman who can work a plow then squat down in the field and birth a son, and Demi Lovato who is just a lazy, flabby, self-entitled bitch.

Demi Lovato needs to learn the only way she is ever going to even remotely sexy is if she loses weight, wears the burka, and prostrates herself before a Muslim man. Even then it would be quite a stretch to call her sexy.