Demi Lovato Calls Her Fans Fat, Says She Is A Role Model 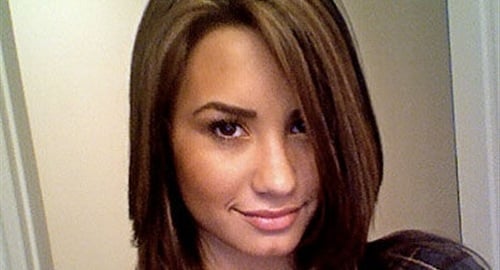 Wow leave it to an egomaniac like Demi Lovato to go on a narcissistic rant about how great she is, and how she thinks her fans are fat. In a recent interview Demi Lovato was quoted as saying,

“I want to be able to help other girls come into their own with a strong confidence in their skin, their size, who they are and everything about themselves.”

How presumptuous of Demi to think that a few words from her can trump the time honored tradition of teenage insecurity. Allah made teens awkward and pot marked for a reason, and Demi Lovato thinks she can just snap her fingers and change all that.

Also what does Demi mean by “their size”. I think it is pretty clear that she is hinting that she thinks her fans are fat. How gracious of her to point that out ,and then tell them that she is going to help them feel confident about being porkers.

However, Demi Lovato was not done there, her hubris continued to show as she spouted off absurd statements like,

Oh really Demi? You think the typical teenager is trying to decide whether their next car should be a BMW or an Audi, or if they should summer in the south of France or the Caribbean this year? The nerve of this girl!

Demi’s arrogance continued when she admits she is a terrible person, but that she should be a role model regardless,

“There are ways to be role models without claiming to be perfect… The way I want to be a role model is not by not making mistakes.”

What the hell kind of role model makes mistakes? Has western society fallen to the point were mediocrity is the new role model? I thank Allah every day that I come from a civilized place that still values great individuals. My children only look up to infallible figures, and who knows maybe one day they’ll grow up to be the next Ayman Al-Zawahiri, Fahd Al-Quso, or dare I dream Osama Bin Laden.