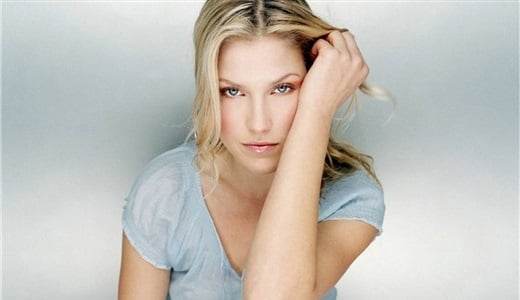 Ali Larter has starred in the NBC series “Heroes”, as well as the films “Final Destination” and “Legally Blonde”. However, Ali is best known for the whipped cream scene in the 1999 hit movie “Varsity Blues”, in which she befuddles the homoqueer James Van Der Beek by coming on to him with just whipped cream covering her sex organs.

Yes Ali Larter was a pioneer in bringing shameless depravity to films. Of course that depravity has only accelerated since then, and now Ali’s “Varsity Blues” whipped cream scene could easily run as a commercial for Cool Whip on the Disney channel and no one would bat an eye.

Ali getting her anus stretched like this certainly pushes the envelope. However, one can not help but feel that a nice ass to mouth shot would have really completed the scene, and cemented Ali’s place as the queen of on-screen perversions.