Hollywood is nothing but a vile cesspool of sex, and every so often this horrible truth is revealed in form of a celebrity sex tape.

Below are the top 15 celebrity sex tape videos ever released. Finally the true nature of the entertainment industry can be viewed in all its degenerate glory.

Mimi Macpherson is a famous Australian “environmentalist”, and the younger sister of super model Elle Macpherson. She is also a tremendous whore, as you can see in the video below. Of course her one redeeming quality is that she appears to have a thick musty pubic bush, but after seeing this sex tape that won’t be enough to save her from a mujahideen stoning squad.

You might be surprised to learn that Paris Hilton has 2 sex tapes. The video below is the less known one, because she doesn’t actually have sex in it. It is just a lot of dry humping, and some vagina flashing.

This Pamela Anderson sex tape with Poison frontman Brett Michaels appears to have been recorded off of a dirty VHS tape playing on a crappy TV.

I don’t know what is more disturbing, the gap between Baywatch star Gena Lee Nolin’s boobs, or the pedophile in the dress shirt she is banging… just kidding its definitely the gap between her boobs.

Playboy Playmate Nicole Narain and actor Colin Farrell f*ck in this sex tape video. Now this is what I call a “black Irish”. *badum tish

English glamor model Keeley Hazell’s sex tape starts out well enough with her doing an adequate job sucking some dick. However, the last half of this video is just man ass bouncing up and down. Move the camera to the side you stupid bitch! 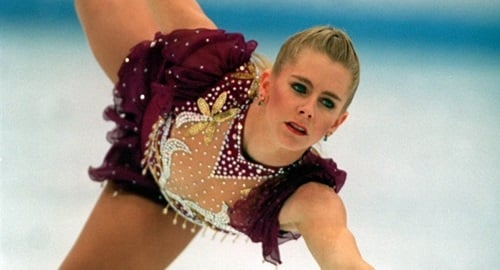 US figure skater Tonya Harding’s (in)famous wedding night sex tape is more of an egregious assault than what she had done to Nancy Kerrigan.

Jenna Lewis is a reality TV star from the first season of “Survivor”. In this video Jenna demonstrates the survival skills she learned on the show, as she procures vital nutrients from a man’s nut sack.

This is the famous Paris Hilton sex tape, cleverly titled “One Night In Paris”. A little known fact about this sex tape is that it was actually filmed in a Marriott hotel room. What a kinky slut!

In the first really big celebrity sex tape ever to be released, Pamela Anderson is filmed sucking and f*cking Tommy Lee’s average-sized (by Muslim standards) manhood while on their honeymoon.

In this sex tape Playboy Playmate Kendra Wilkinson has sex with some Gomer looking retard (probably in exchange for meth) in his Mom’s trailer.

What can be said about this Kim Kardashian and Ray J sex tape which hasn’t already been said about a couple of baboons banging at the zoo? It is just a shame that the baboons don’t film it, and then pitch a reality show to E!. They could certainly give the Kardashians a run for their money.